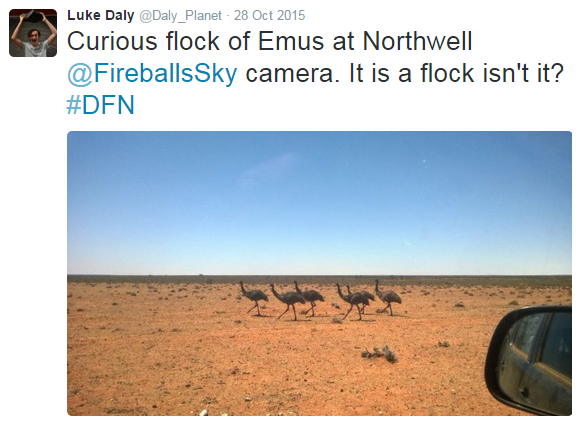 We had two cameras to service before our rendezvous with the second team, so there was lots to do. We got to Northwell relatively fast and were greeted by a very excitable dog.

We went up to Northwell camera site and well, this is the nightmare child of the DFN. Maybe it was born under a unfortunate set of stars, maybe its mother dropped it on its head as a child, but whatever the reason this camera has been completely recplaced five times in five servicing visits.  As we left I think I heard the replacement camera protesting. 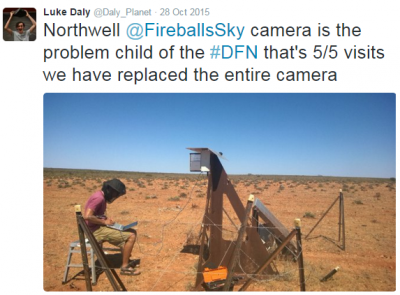 I polished the lenses and act as a fetcher for whatever Martin needs and there my usefulness ends, so I had plenty of time to take in the scenery in the 2 hours we were there. 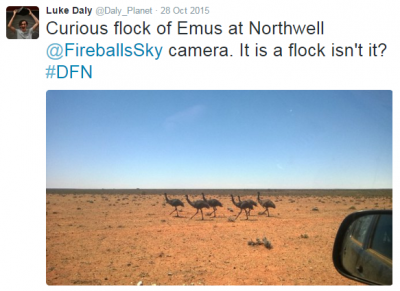 The road to Ingomar camera was the same, comforting red gravel bumpy track that keeps chiropractors in business. The camera was fine. Unfortunately, the internet provider had taken down their local signal tower in the area so the camera was now offline. Fortunately, we had brought a more powerful antenna to install. Unfortunately, both the wires had male connectors. We gave the camera the usual treatment and made a note for the next visitors to Ingomar. Off again to Coober Pedy to meet up with the others who were well on their way.

Martin and I met up with the rest of the crew in Coober Pedy (although it should be noted that we got there first) and the team was now assembled.