Ellie’s and the team’s adventures in California

04 Sep Ellie’s and the team’s adventures in California

Posted at 14:11h in News by Jay Ridgewell 0 Comments
0 Likes

Particle Accelerator at the ALS

Most of the Fireballs team headed to California last month to attend the annual Meteoritical Society meeting. ‘MetSoc’ as it is affectionately known offers the international visitors more than just talks about meteorite science.

Here’s Ellie’s account of a ‘day out’ during MetSoc.

The Advanced Light Source was built to create new particles and discovered loads, including uranium! 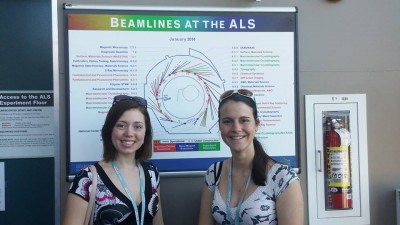 Lucy and Ellie at the Advanced Light Source

After the ALS, we were taken to the Space Science Laboratory of the University of Californaia, Berkeley. 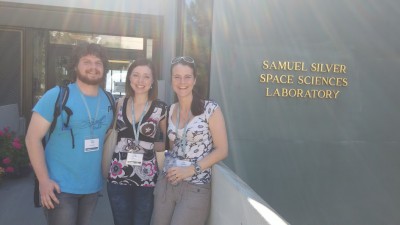 We got to see FOXSI (Focusing Optics X-ray Solar Imager) being worked on. FOXSI takes a 15-minute flight in a sounding rocket and it observes the hard x-rays from the sun which are released by magnetic energy. It can collect about six minutes worth of data during its flight and been up into space recently in December 2014. 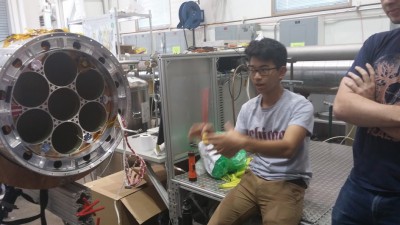 Then we were shown the mission control of the THEMIS missions. The two furthest away satellites after the main mission in 2009 were re-routed in an incredible way to go into lunar orbit – something never originally planned and they didn’t have enough fuel to get directly there but using both the moons and earth’s gravity, they yoyo-ed it back and forth until they were in a stable orbit around the moon. It took 2 years and they are collecting even more magnetic field data from the moon! They have renamed Artemis which stands for Acceleration, Re-connection, Turbulence and Electrodynamics of the Moon’s Interaction with the Sun (but is also the Ancient Greek god of the moon and daughter of the Greek god Themis). 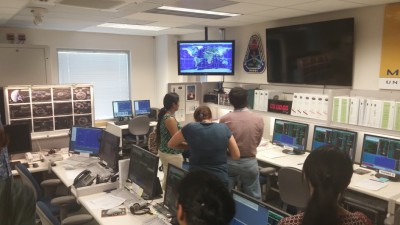 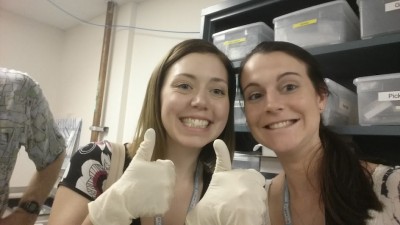 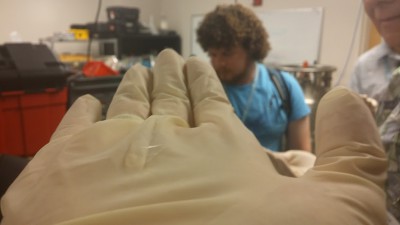 The Aerogel – Can you see it?

Lastly we were shown around the Stardust lab where we were even given aerogel to hold. Stardust was a space probe with a mission to capture dust particles from the comet Wild2. Aerogel was created so that the samples could be safely captured and stored and could be transported back to Earth. It is pretty much transparent from some angles and if the light catches it right it’s slightly blue. It’s almost as light as air and you can’t really feel it sitting on your hand. Gravity hardly has an effect on it, just friction, so it seems to stick to everything.

It was a great day and we were exhausted by the end, we even got a great view of the fog rolling into San Francisco Bay from the Space Science Lab building too!