Fireballs makes an impact in the USA

25 Jun Fireballs makes an impact in the USA

Posted at 15:44h in News by Jay Ridgewell 0 Comments
0 Likes

Gretchen represented some of the Fireballs team at a recent crater conference in Maryland, U.S.A – the Workshop on issues in crater studies and the dating of planetary surfaces 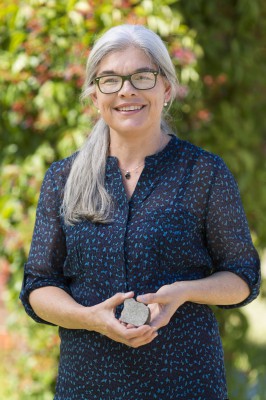 What were you sharing at the conference Gretchen?
We’ve been looking at ways to date the surface of craters on Mars using the supercomputers at Curtin University.

We now have a great deal of images of Mars, right down to being able to see craters only meters in diameter. This allows geologists to estimate very accurately the age of the surface of the planet. The only problem is that there’s way too much data for a scientist to flick through!

There’s a number of scientists around the world who are creating Crater Detection Algorithms (CDAs) to get computers to reduce the data and interpret it automatically, but it takes a lot of computing power. Because the Square Kilometre Array (SKA) is being built here in WA, we have access to supercomputers such as the iVEC Pawsey Centre.

Monty Galloway (an internship student at Curtin) and the team have been getting some new results through the supercomputer to help us better understand the surface of Mars.

Were there any interesting questions you were asked or prompted to think about?
Mostly I was prompted to think about all the statistical analysis of the crater-in-crater counting technique. There were lots of very interesting talks about the errors associated with counting small craters, which we will need to keep in mind. There was also lots of discussion about assumptions made from computer analysed data, and keeping the statistics straight!

Did you get up to anything else while you were away?
I visited the Natural History Museum in Washington DC and met up with some colleagues there. 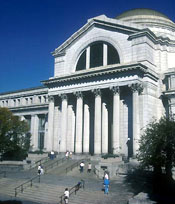