Stargazers will be treated to a rare skyshow when NASA’s OSIRIS-REx spacecraft ‘sling-shots’ its way over Australian skies on September 23.

Using Earth’s gravity to give it an orbital boost, OSIRIS-REx will rendezvous with the asteroid Bennu in 2018. The Earth flyby will give astronomers and those with high-end cameras a chance to view this rare encounter.

OSIRIS-REx is on an extraordinary journey to bring back to Earth a sample from the surface of the carbonaceous asteroid Bennu that could potentially record the early history of the solar system and molecular precursors to the origin of life.

The ‘sling-shot’ or Earth Gravity Assist manoeuvre will bring OSIRIS-REx close enough to Earth to be viewed through high-end cameras, where Desert Fireball Network (DFN) team members will be stationed across Australia in strategic locations to optimise viewing angles, creating a 3D triangulated track above Australia and demonstrating the capabilities of the DFN system.

Curtin University Professor Phil Bland, team leader of the Desert Fireball Network, and member of the OSIRIS-REx science team, said the rare encounter would offer an opportunity to highlight the capabilities of the DFN and planetary science research in Australia.

“The teams will be equipped with high-end DSLR cameras that will work together to track the OSIRIS-REx spacecraft across the sky from each viewpoint, enabling the DFN team to create a 3D triangulated track of its sling-shot around the Earth,” Professor Bland said.

“This important milestone furthers the work of planetary research here at Curtin and our relationship with NASA.

“We know very little about how the planets came together and why the Earth has the composition that it does. The samples that OSIRIS-REx delivers may hold the key to some of these answers.”

The DFN project is based at Curtin University in Perth, Western Australia, and aims to unlock the mysteries of our universe by studying meteorites, fireballs and their pre-Earth orbits.

Together with NASA, the DFN is expanding to a Global Fireball Observatory through the Solar System Exploration Research Virtual Institute (SSERVI). SSERVI’s science and technical research focuses on the connection between planetary exploration and human exploration via funded US teams and a large network of international partners.

The apparent pathway of the OSIRIS-REx spacecraft over Australian skies will take an hour, beginning over Rockhampton at 00.22am (AEST) and exit over Adelaide at 00.53am local time on September 23. 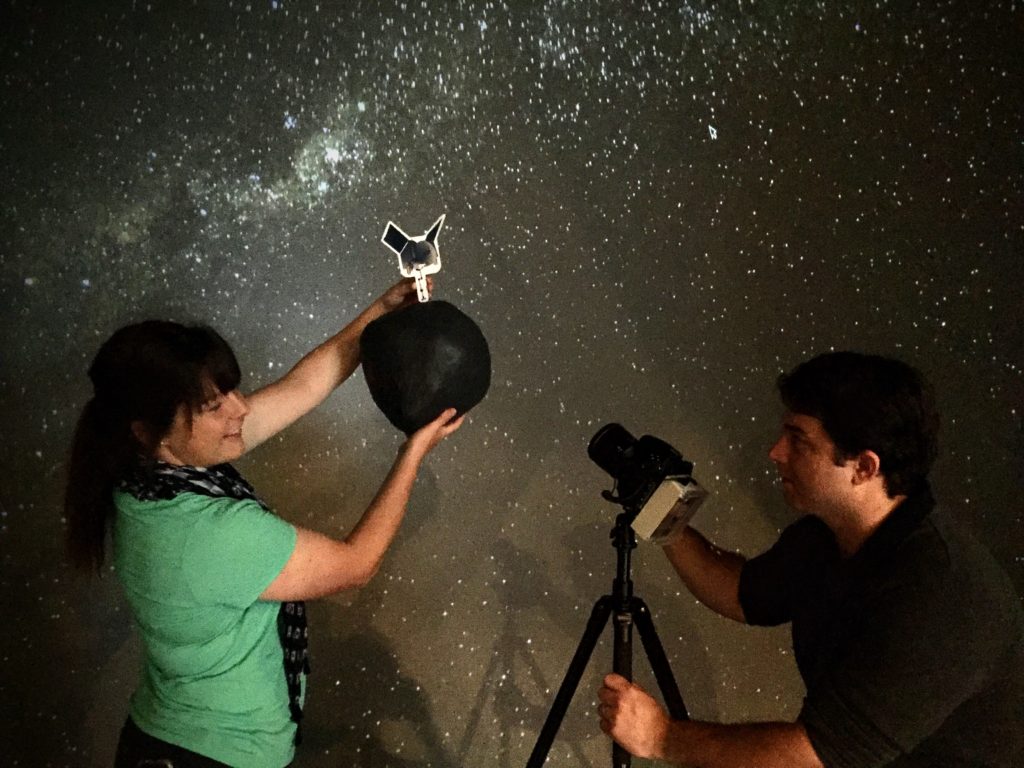