A new meteorite I bring unto you!

12 Jan A new meteorite I bring unto you!

Posted at 15:21h in Blogs by Jay Ridgewell 0 Comments
0 Likes

The Gospel according to Luke: A new meteorite I bring unto you! 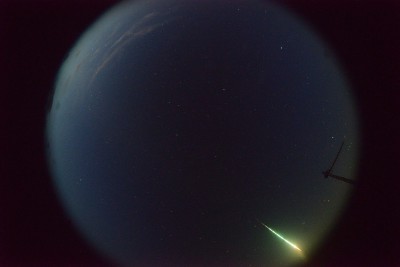 This is a story 4.5 Billion years in the making, it is a story about perseverance in the face of adversity, and how hard work and a bit of serendipity can produce the most miraculous stories.

It begins 4.5 Ga in the fiery cauldron of our solar systems birth! Out of the maelstrom a small proto planet forms, but before it has even begun to live, it is torn asunder and strewn across the solar system, setting in motion a sequence of events that incrementally would push one small fragment into the path of earth’s orbit.

Fast forward 4.5 Ga, the year is 2015, the date is the 27th November. For 6 seconds our fragment blazes across the night sky and thudding into the surface of Kati Thanda-Lake Eyre South, punching half a metre down into the dry clay pan. The flash is caught on several cameras of the Desert Fireball Network. 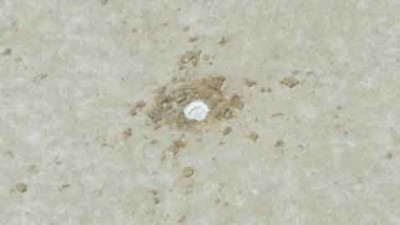 3,000 km away, three wise men and one wise woman are alerted to the bright flash in the sky. These wise people worked all hours of the day and night to calculate the position the falling star would have landed and how large it should be, giving up time with family and friends over the Christmas holidays in the process. 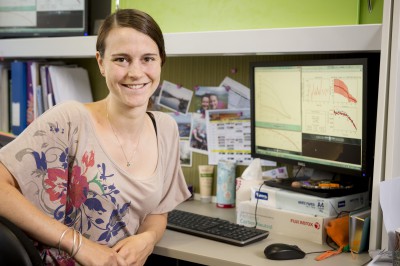 One of them left to scout the area, flying out over the lake just before Christmas and sees such a sight: a small hole with surrounding debris from an impact very close to the predicted fall site. On the last day before Curtin University shuts down for Christmas, an expedition is planned, it is a race against time; any rain on the lake and the meteorite will be lost forever. A complication: the planners are contacted by the Arabana people and must negotiate with them to guide a small group out onto the lake to ensure respect on this sacred ground.

Lots were drawn to decide who would go, and Professor Phil decided who the lucky ones would be. While the world was resting and relaxing and enjoying their holidays, an crew set out into the heart of Australia meeting up with our guides and pilots.

A tandem search effort was undertaken: quad bikes scoured the lake bed while a plane flew low over head. On the third day (New Year’s Eve), all hope seemed lost and a storm was brewing. Already, parts of the lake had standing water and others were impassable. When our eye in the sky confirmed a sighting, the quad bikes roared into action, spraying salt and mud every which way as the plane circled the area like a hawk. 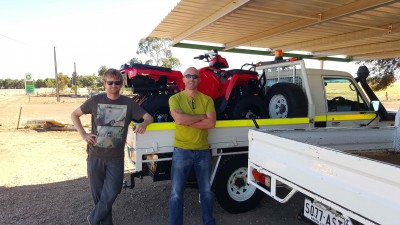 They came upon the most unassuming sight – a small circle 20 cm across, with the slightest hint of a concave depression. Our glorious leader did not hesitate. He drove his hand into the lake the mud. Within the depression the mud was soft and wet while the surrounding lake bed was hard. Down, down he dug, injuring himself in the process, as the plane circled overhead. Fifty centimetres down, his hand hit solid rock! Removing the sucking mud that threatened to collapse into the opened pipe, Phil worked the rock loose and lo, out came a very muddy meteorite. Success!

Then the rains came, threatening to trap the searchers. The pipe began to collapse as our explorers retreated, leaving the lake before the flood waters arrived. Driving through waterlogged tracks back to Maree was treacherous, but they made it back safe. They said their goodbyes to the good people of Maree, the pilot of William Creek and the Arabana guides. Then it was back to Perth to deliver the good news.

But through hard graft, the team has created their own luck and now all can share in the rewards! I was not there, but I have spoken to those who were there and they know they speak the truth and I am telling you so that you can also believe that this is how real science is done!

A new meteorite is brought forward, and may it be named, and studied and it’s origins be known!