Skip to content
You are here: Blog > Meet the Team > Renae Sayers

Her love of science hails from stargazing in her Boronia backyard, fuelled by random musings and a fascination of the unknown. As the birthdays went on, so did her collection of colourful and curious astronomy books, and thus the foundations of an astrophysics degree were formed. Renae’s flair for expressing herself whimsically didn’t stop with science, as her love for performance and storytelling grew along the way. Renae’s passion for science came from her zestful drive to communicate it, and after an email to NASA as a 16 year old, she found out about this ‘thing’ called Science Communication.

With a TEDxPerth talk, presentations at the Australian Academy of Science and Global Health Conference 2015, as well as a sell-out Fringe World show under her belt, Renae thrives in connecting audiences with the relevance and significance of STEM through engaging initiatives.

Renae’s experience spans 12 years, working with science centres, festival organisations, universities and local communities in the UK, Japan, Abu Dhabi, Beijing, Singapore and across Australia. She’s performed explosive science shows, brought professors in the pub, and connects researchers and students together to see the world in a different light.

As Fireballs in the Sky Coordinator, Renae shares the stories of the Desert Fireball Network, connecting the public with the researchers through citizen science and community programs, helping us all understand the origins of our solar system. 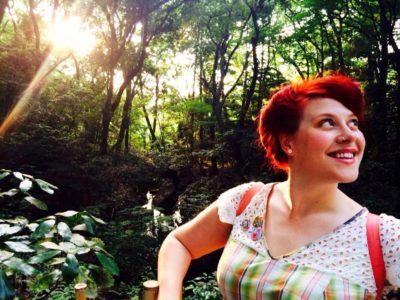