Skip to content
You are here: Blog > Meet the Team > Nicole Nevill

Nicole Nevill has a great passion for hard rock geology, evolution and seeking the unknown. This lead her to join the desert fireball network in 2016 as a part of her PhD, joining the sample analysis team. She graduated from Curtin University with a BSC(Honours)(Applied Geology) in 2016. She feels honoured to be a part of such an amazing team and excited for the journey to come.

Nicole hopes to unravel the mysteries of early evolution of our solar system and the development of the proto-planetary disk through multidisciplinary study of physical and chemical processes, structural geology, cosmochemical and petrographical studies.

In addition to her passion for evolution which has been active since a young age, reading and learning about ancient cultures, palaeontology, astronomy and solar system evolution and currently studying the inner workings of the solar nebula, Nicole is actively involved in various volunteering projects nationally and internationally spanning sustainability, society development, educational and research focus. She also enjoys outdoor activities including climbing and summiting Mt Kilimanjaro and has a great passion for music, playing violin since she was 4 and trombone since she was 8.

Nicole was also selected for the John Curtin Leadership Academy in 2015 and the Sir Charles Court Young Leaders Program in her younger years, driving her passion to see change, leadership, growth and educational development in the world. Recently she won the VSSEC NASA Space Prize for the top planetary science honours for 2016 under the geology category and was recently selected for a three month internship at NASA, studying protosolar organic materials within primitive meteorites. 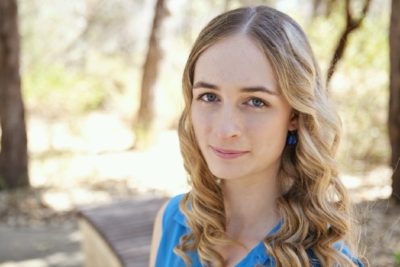