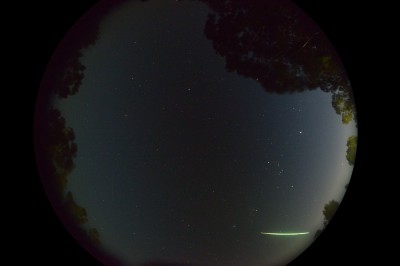 This stunning fireball was observed over Perth this morning (August 4th) at approximately 6am. A number of reports have been received via the Fireballs in the Sky smartphone app, and this image was recorded by Curtin’s Fireball Network camera at Badgingarra. The observation is consistent with an extraterrestrial rock coming through the atmosphere, and the Fireball Network crew are hard at work to determine whether and where a meteorite is likely to have landed. In the meantime we would love to hear from anyone else who saw this event. It’s not too late to send a report in via our app.